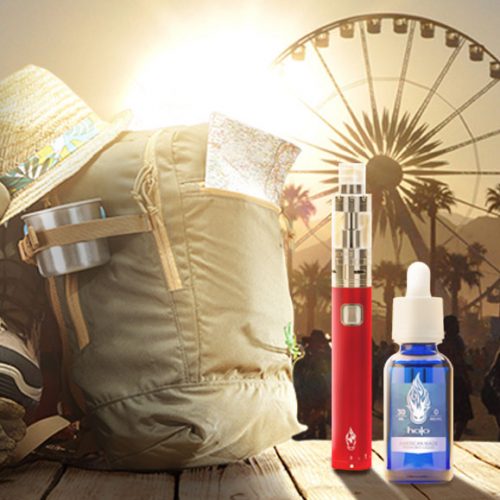 What is steeping? Well, it’s not just part of a DIY process if you’re making your juices. Steeping liquid is used as a way to improve flavors, to help them mix, get stronger, and in many cases the way you can make a “bad” juice better.

But here’s the reality of it: Steeping e-liquid doesn’t always help.

Sometimes the e-juice you get just isn’t good, and there’s nothing you can do to make it any better. That doesn’t mean you shouldn’t try it; it just means you should expect that sometimes you’re going to be disappointed. The odds of steeping improving an e-juice are about 50/50.

Keep in mind that some liquid’s taste just fine from the moment you pull them from your mailbox and messing with them won’t improve things.

For example: At Cyclops Vapor every batch goes through a long steeping process to hit that perfection both in flavor and purity.

Not all juices are the same, and we’re aware that our customers are going to have juices from other brands – or they’ll make their own.

If you run into a juice that you think could be improved, here are some notes we found on recommended steeping processes.

The first thing I do is open the bottle and smell the juice. If the flavor is peach-based, then I should smell peaches. If I smell nothing, or something completely different, that’s my first sign that I’ll need to set it aside to steep for a week.

Either way, every juice gets an initial taste out of the mailbox. Remember, some flavors will never need to steep. This, however, will vary from flavor to flavor and vendor to vendor – no two are alike.

With the cap firmly in place, shake the juice.  Keep stirring for 60 seconds. Put it in a drawer or cabinet, out of direct sunlight, and leave it to sit overnight.

Test the juice. If it tastes fine, then the steeping is done. Vape and be merry. However, if things still taste off then repeat the steps from the previous two days. Continue this cycle twice. After that, if things still don’t feel right – you have two options.

A.) The juice is a lost cause. Nothing will help. So you can pay it forward and give it to someone to try, or dispose of it.

B.) Repeat Day 2 again; only this time don’t touch the juice again for 14 days. If that didn’t help, and you’re sure your hardware is fine, then see step (A).

I have had a juice that was awful on day one and I turned it into an amazing mix fifteen days (or a month) later. Then again, I’ve also had juices that were terrible on day one and tasted worse a month later.

As a side note: You should always make sure that your atomizer is in working order. Sometimes, if they are tainted with a previous flavor, new flavors will seem off no matter what. Also, if they are about to go out, or they are caked in gunk, that too will mess with a new flavor’s taste.

However, there are other methods, including giving your juice a hot bath. The best description of that comes from a user on Reddit, who also happens to be a vaping hardware vendor.

To breath a bottle:

Important: DO NOT SHAKE FIRST

Remove lid and dropper tip (if applicable, if it doesn’t have one, you can’t remove it…)

Place in a shallow dish, something at least as thick as the juice level in the bottle when the bottle is sitting upright in the dish. I use some flat bottom coffee cups.

Put the hottest water you can get out of your tap into the dish until it gets to approximately the same height as the juice in the bottle. This keeps the bottle from tipping or ‘floating.’

Let the bottle sit until the water has become lukewarm or room temperature. Drain water, refill with hot water again. Do this 3-4 times. DO NOT SHAKE during this process.

The juice that needs to be homogenized is pretty much any juice with more than one flavor component. When juice tastes ‘raw’ or undeveloped, not perfumed or alcohol like, but just… inconsistent or “thin” it needs to be blended better.

Step 2: LEAVING THE TOP ON Follow the soaking instructions above with one difference. Every time you do a water swap, shake the bottle again. You want to get a good slosh going on in there.

If your juice needs ‘both’ treatments – breathe it first and then homogenize. Homogenizing it will take less ‘turns’ in hot water because you’ve already thinned and blended the liquids a bit.

The point of ‘not’ shaking is because the alcohols in the liquid will be closer to the top when the juice sits for a while and they cause the notes you’re trying to remove. So not shaking it makes the process go faster.

The point of heating it is becuase it increases the evaporation rate of the alcohol and other volatiles that will cause juice to have those notes in the first place. It also thins the liquid and aids in blending the various constituent parts.

Homogenizing blends and marries all the flavors and various components of the liquid like the nicotine, etc. It also partially oxidizes the nicotine, which may darken your juice. Don’t be alarmed; it will only reduce the effectiveness of the nicotine by a fractional amount that would only be noticeable in lab testing.

Now with that said, some feel that steeping in the vaping community has more myth than fact, and can be done with minimal effort.

The ‘mixing/blending of flavors’ is not like soup, where things like the cell breakdown of some ingredients end up contributing to the flavor, such that it gets different and better over time. The mixing in an e-liquid should be able to be achieved by simply agitating (i.e., shaking) the liquid for a minute.

Similarly, the idea that we are steeping e-liquid “like tea steeps” is also misinformed. When tea steeps, different chemicals are released at different times. For instance, you can make tea with less caffeine that still tastes pretty good by pouring hot water on the bag, letting it sit for 45 seconds or a minute, and then tipping out that water and starting your actual brew with new water. A bunch of the caffeine has been released already, but most of the tannins remain in the leaves.

E-liquids just have flavorings in them. They do not release chemicals at different rates from cell walls because there are no cell walls.

Here is what is happening:

Alcohol bases, if they have been used as a carrier liquid for the flavorings, are allowed to evaporate if the cap is off (or by removing the cap at intervals and squeezing out the air and letting fresh air in).

Also, the most volatile chemicals in the flavorings (though not necessarily the ‘bad-tasting ones’ as I’ve seen suggested) evaporate. This also changes the flavor, naturally.

Sunlight has a detrimental effect on flavors. This is why a ‘dark place’ is always recommended.

Finally, vape liquid flavors usually have an ‘expiration date’ of about a year after the manufacturer.

The Article is a Guest Posting from Cyclos Vapors.