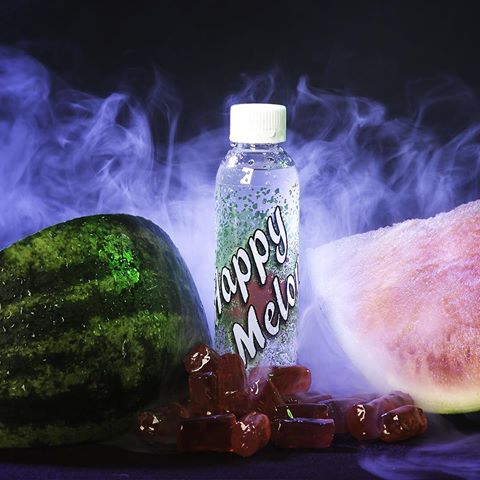 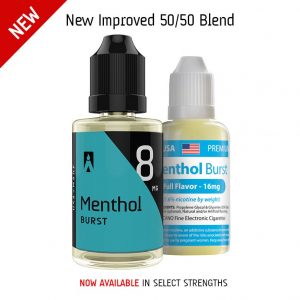 The original Volcano Menthol Burst e-liquid is the first electronic cigarette liquid that I ever tried, and although I love to experiment with new flavors, I keep coming back to it and nearly always have a bottle on-hand. I characterize the base flavor as “mint” rather than “tobacco,” and it has by far the highest amount of menthol out of any e-liquid that I have used. If you want the e-liquid with the most high-menthol flavor available, this is the one to buy. The e-liquid is 100-percent PG, so it wicks quickly and works well with tank-based systems such as that of the INFERNO Complete Starter Kit or eGo-T.

The downside is that INFERNO has switched to a new e-liquid supplier, and they have said that once their original liquids run out, they will not be restocking them. As of march 2017, the original Volcano Menthol Burst e-liquid remains in stock at the 0mg, 3mg, 8mg, 16mg and 24mg mg nicotine levels. 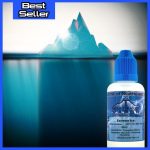 The base flavor of Mt Baker Vapor’s Extreme Ice is tobacco, and I characterize it as being quite reminiscent of an un-smoked cigar. The liquid has a medium level of menthol.It is a radically cool, minty and smooth vape.  Overall, the taste of Extreme Ice is warm and inviting, and it produces an enormous volume of vapor with a substantial mouth-feel. I would guess that the mixture is approximately 70-30 PG to VG. Out of all of the menthol e-liquids that I have tried, Essence Ice has the most convincing “menthol cigarette” flavor. I have purchased several bottles and will continue to buy it. 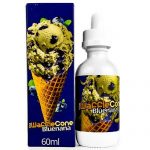 The base flavor of eLiquid Planet’s Essence Ice is spice, and it has a low level of menthol. Some of the flavor notes that I have detected in this e-liquid are pepper, cinnamon, and clove. It is meant to be similar to a Newport cigarette with its dry and spicy flavor and throat hit. I personally prefer Essence Ice, but suggest picking up Essence NPT at the high nicotine level if you are looking for a menthol e-liquid with a full-flavor experience and strong throat hit. 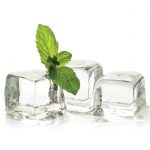 VaporFi’s Menthol freeze e-liquid has a base flavor of mint and a medium-high level of menthol. When I first tried it, I thought that it had an “off” flavor and lacked the pure mint/menthol rush of Volcano’s original menthol flavor. Unlike VaporFi’s Essence line, which is made in the United States and contains a mix of PG and VG, VaporFi’s standard liquids are made in China and PG-only (although a VG-only Menthol is available as well, which I have not tried). While I would not necessarily recommend rushing out to buy it, it does have the highest level of menthol aside from Volcano’s original Menthol e-liquid. So, if high menthol is your priority and Volcano’s original menthol burst becomes unavailable Mtbakers ’s extreme ice menthol is a fine second choice. 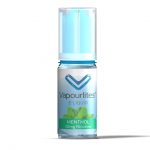 Vapourlites Menthol E-Liquid is a unique blend of the menthol’s cool and fresh flavour, and the taste of a regular cigarette. The menthol e-liquid is the only one that I have tried from the new supplier, and I did not like it. The base flavor of the new Vapourlites Menthol is tobacco rather than mint. It contains approximately an 80-20 blend of PG and VG, and is very low in menthol. I found the flavor to be overly sweet and too low in menthol, and I did not enjoy it. I did not finish the 10 ml bottle. 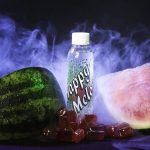 I picked up a 120ml bottle of big f’n deal Tiger’s Blood e-juice Blend Menthol from cape vaping supplies. The liquid is VG-only, and very viscous. These e-liquids containing the finest menthol flavor I have ever tested.Recommended.